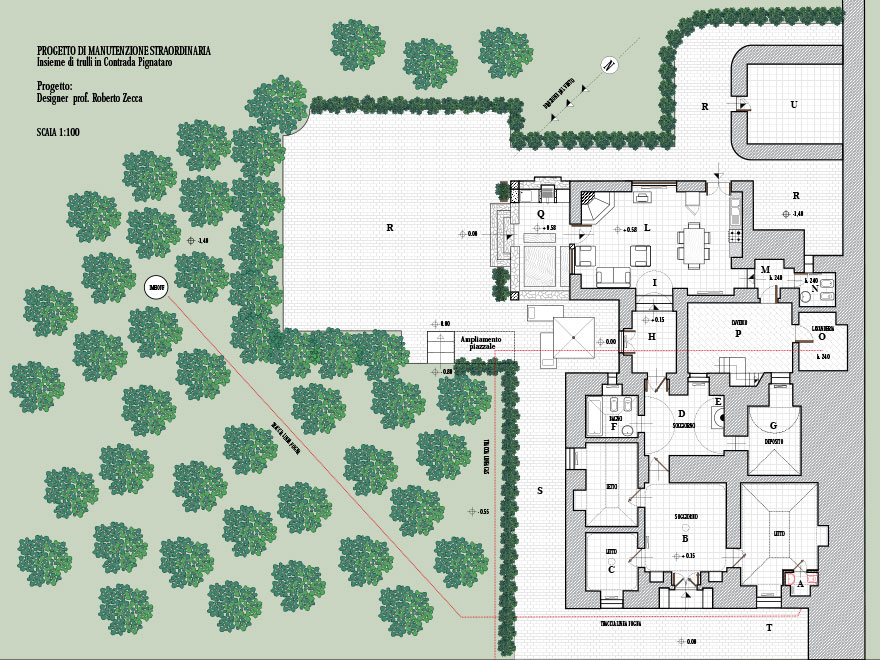 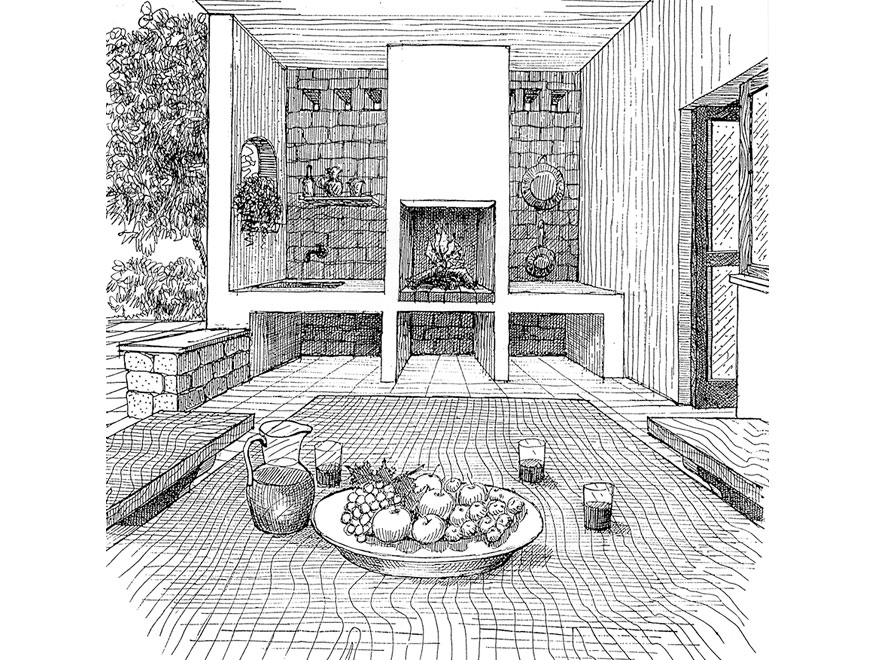 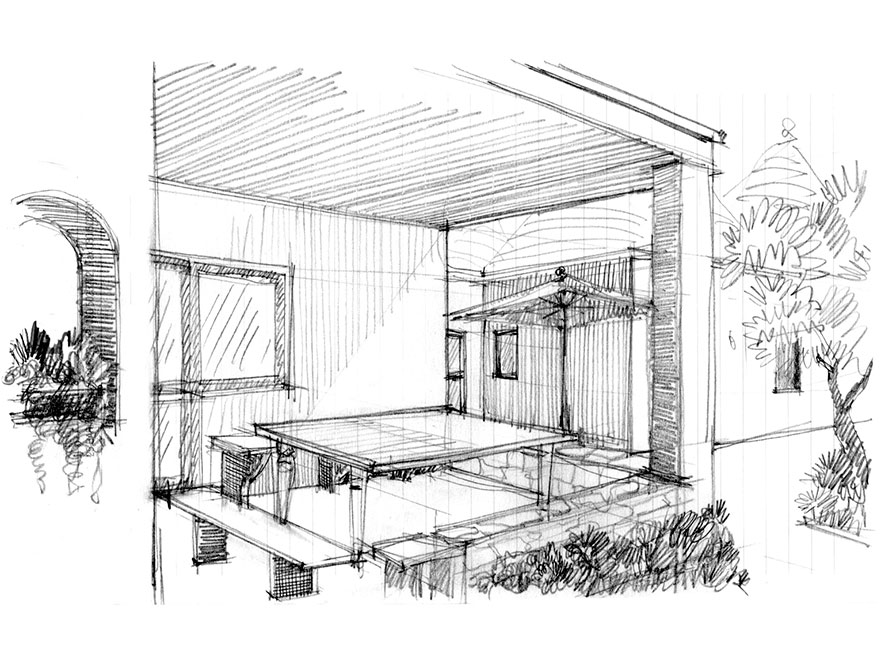 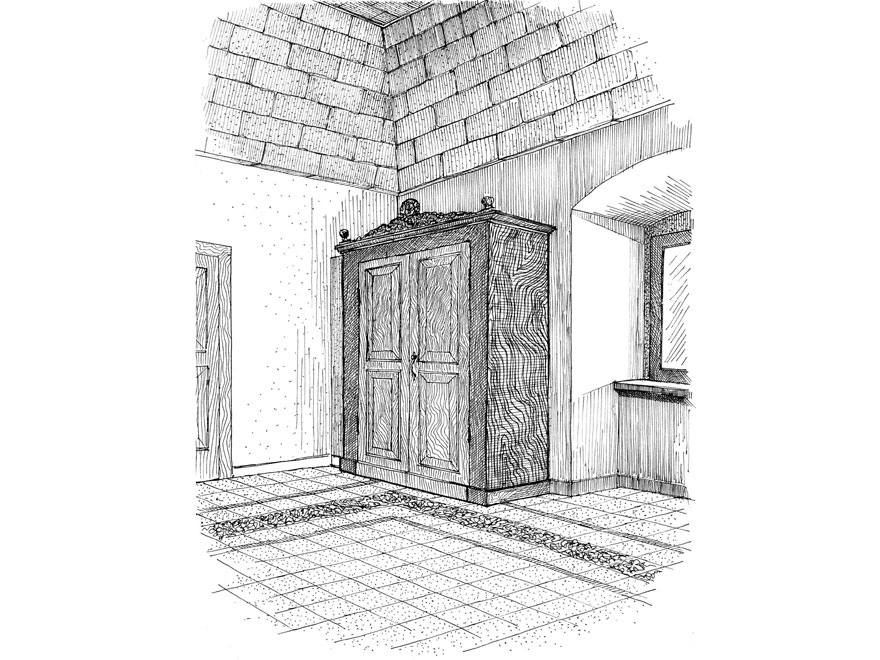 During the Sixties, this group of ancient trulli has been expanded by a new modern construction. The whole complex needed not only interventions on the electrical system, the water plant, the central heating and the sewerage, but also a restoration project which could harmonize the ancient part with the new one.

In addition to that, two were the main problems of the structure: the building of a private bathroom for the unique female member of the family, the mother, and the protection from the Northern winds which struck the porch under which the family used to have dinner.

The first problem has been solved by using a recess in the principal sleeping room. The second one has been solved by the building of a dry stone wall on the Northern side of the porch, which has also been used as a support for a barbecue. The space under the porch has been completed by a table and some banks, creating thus a cosy dining space.

The ancient and the new parts have been connected by the mean of barrel vaults and timbers. The renovation works also included the reconstruction of the ancient fireplaces.