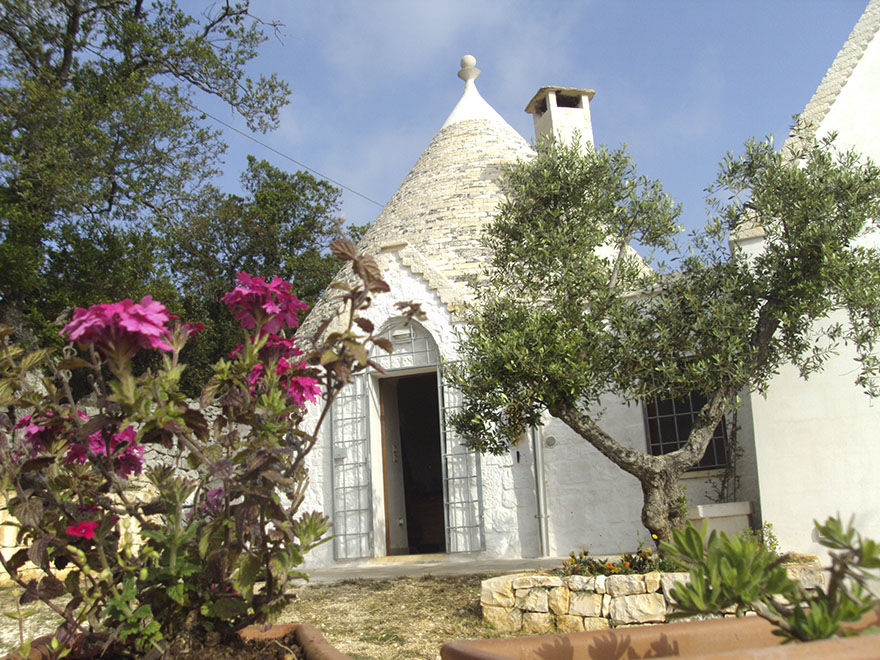 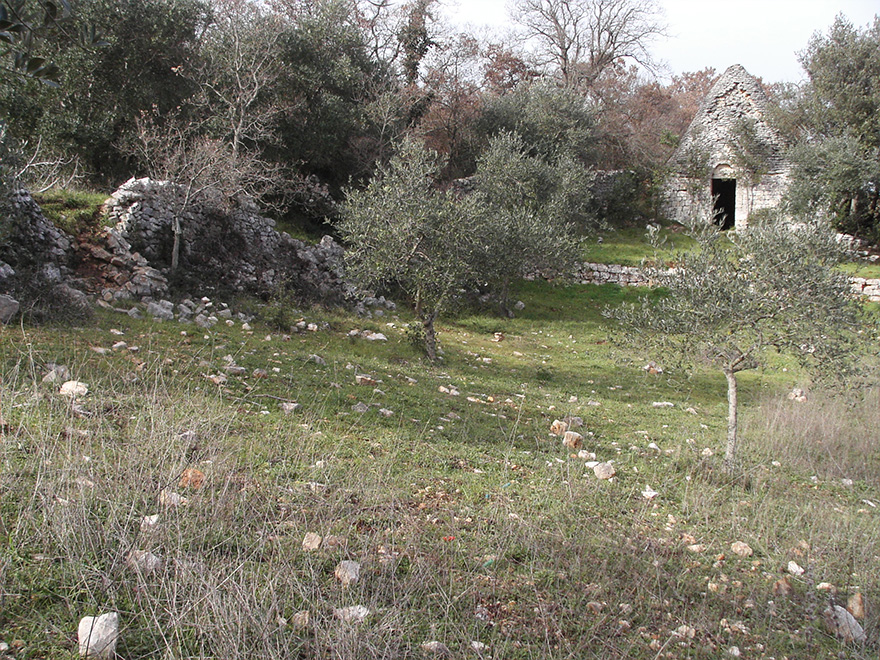 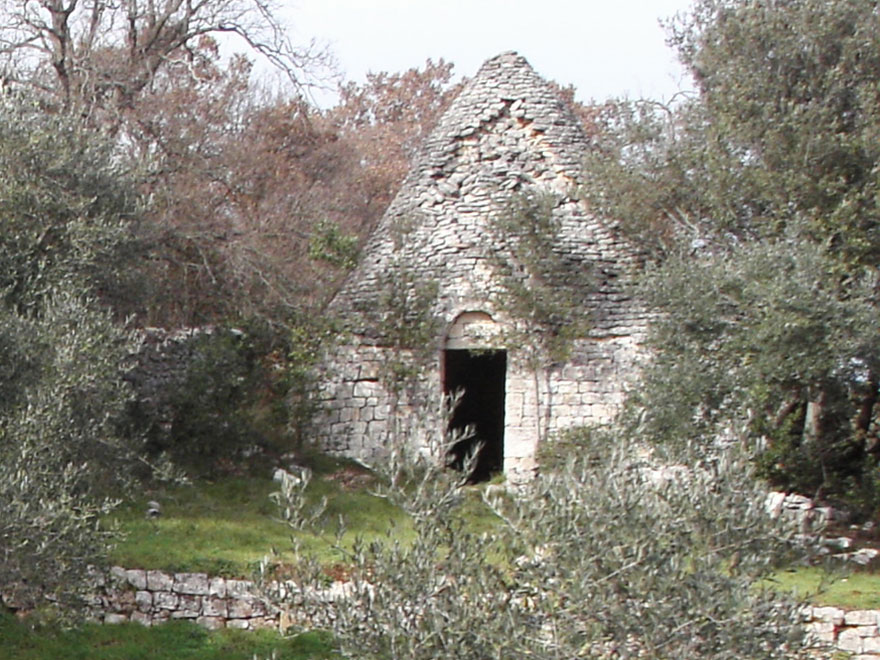 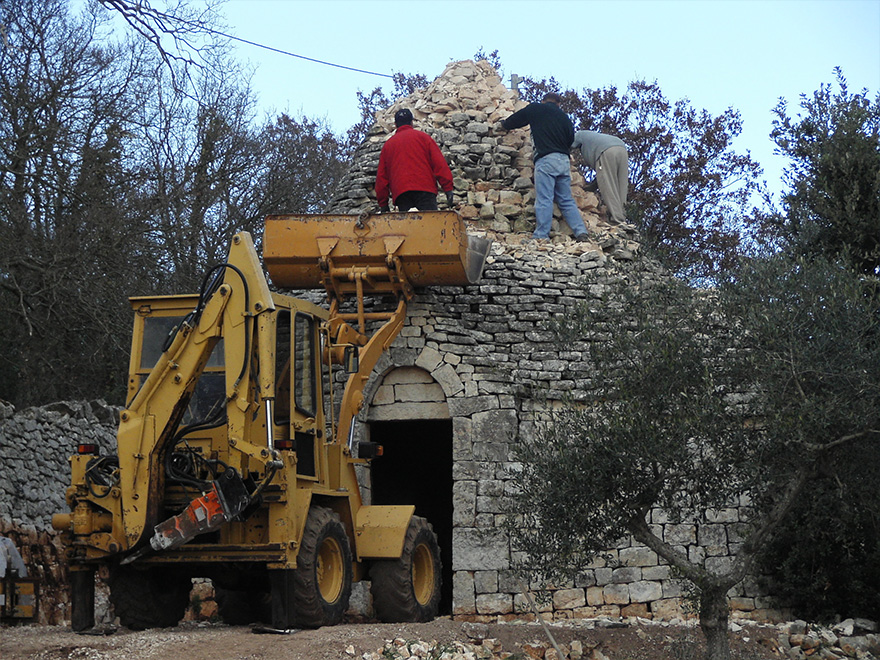 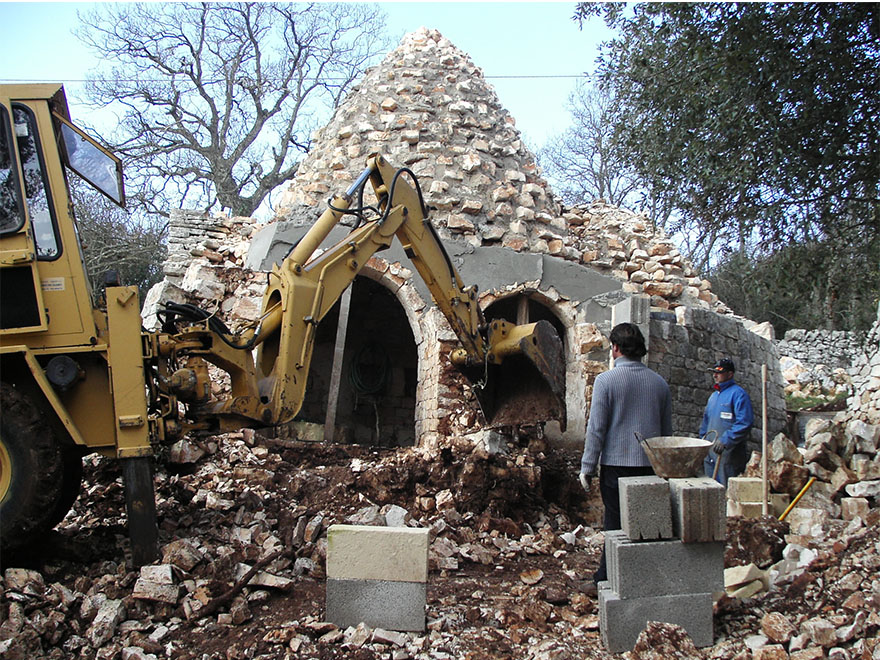 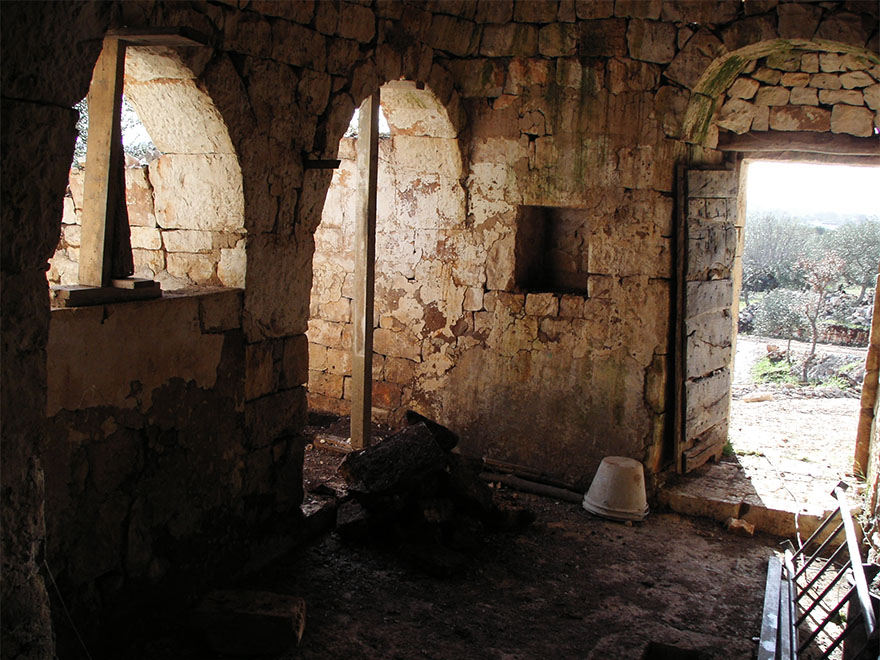 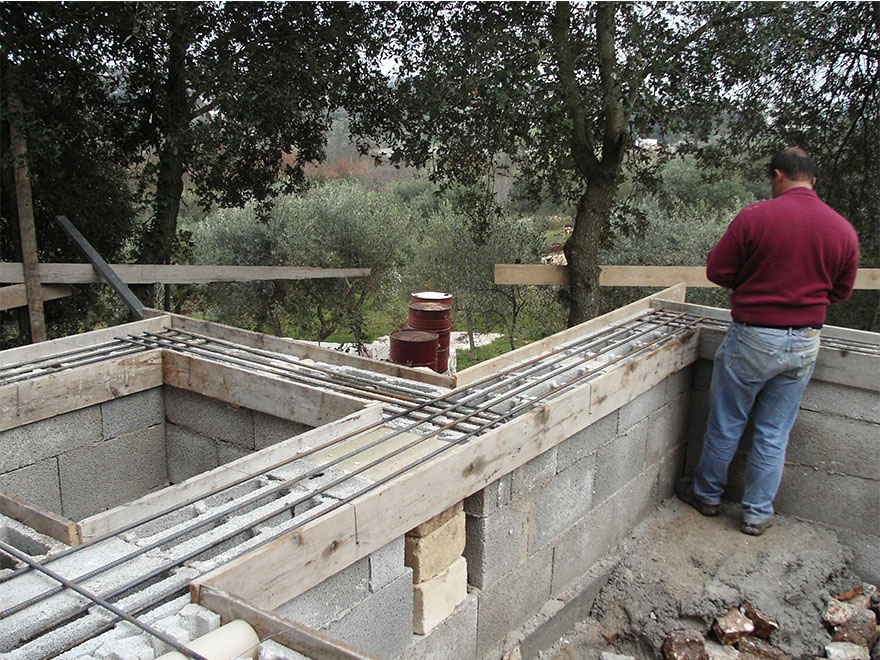 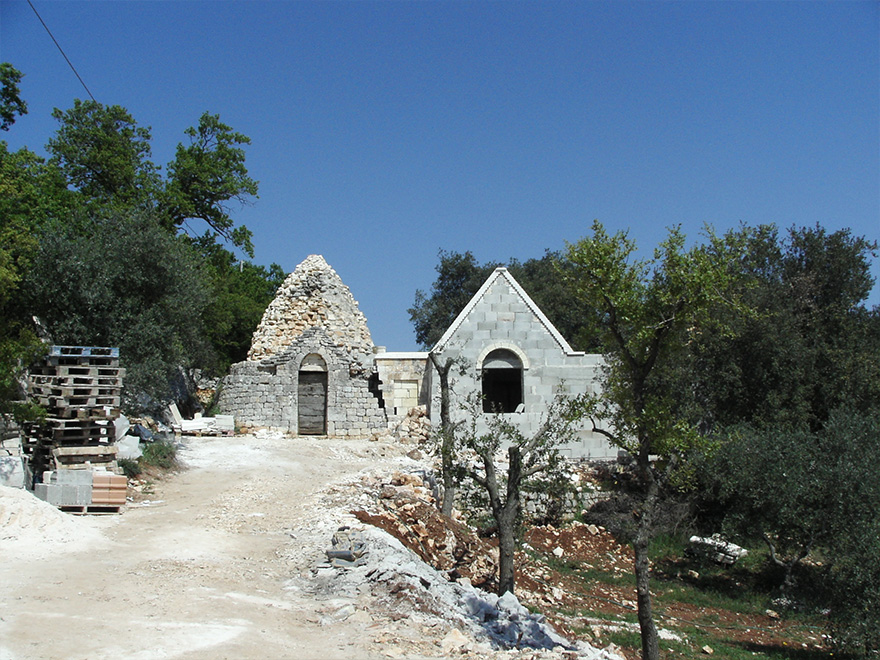 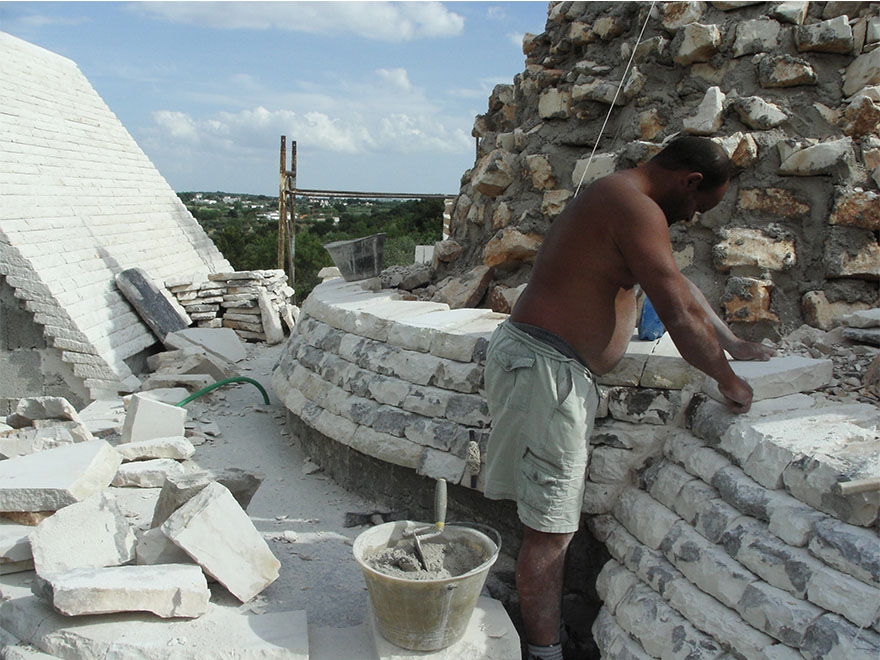 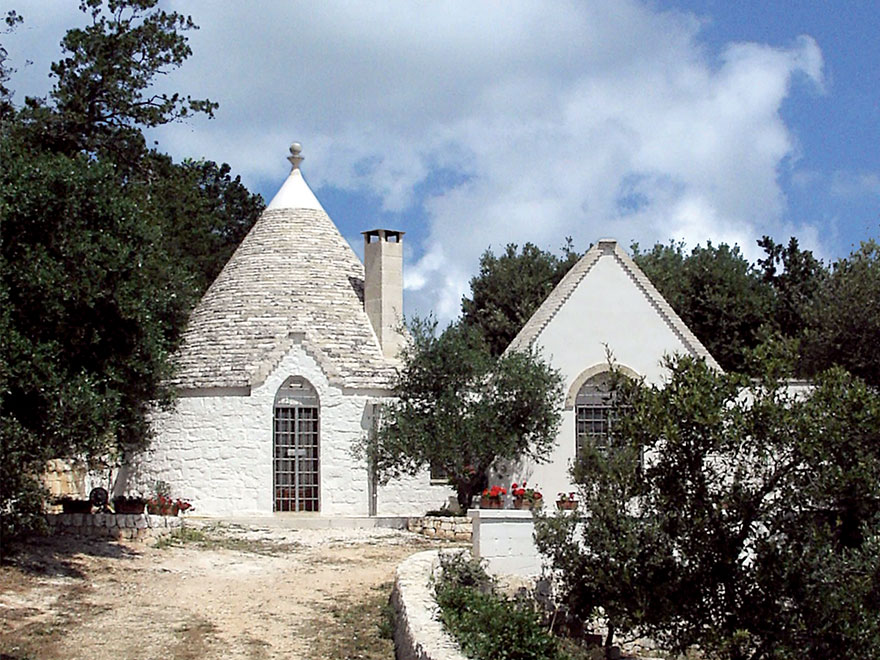 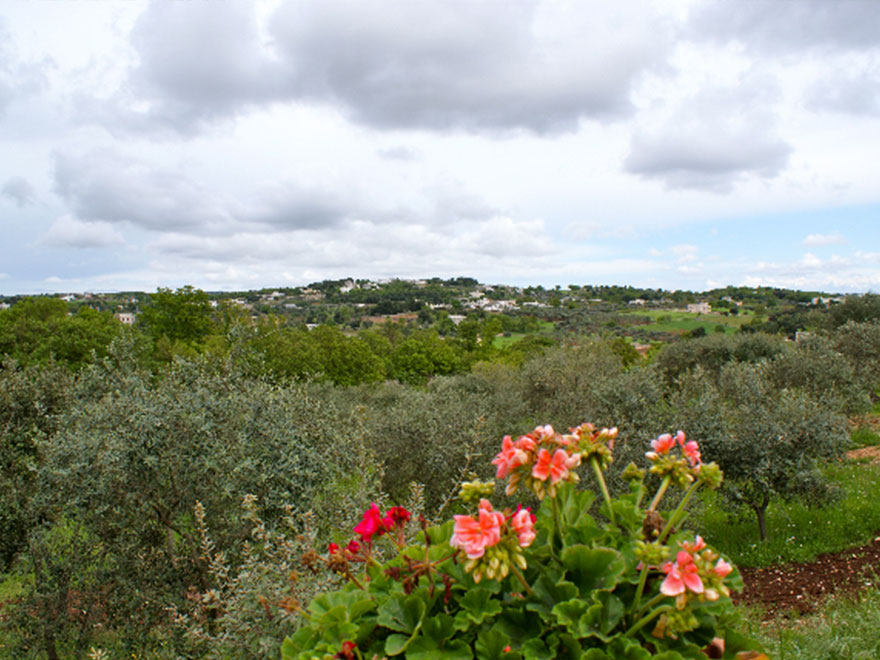 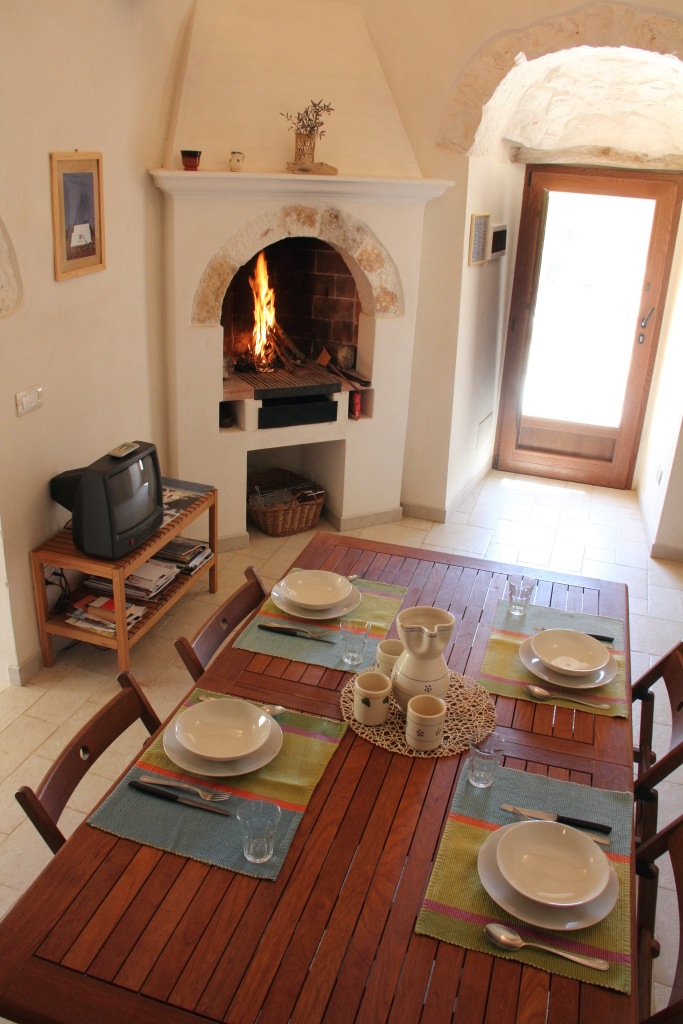 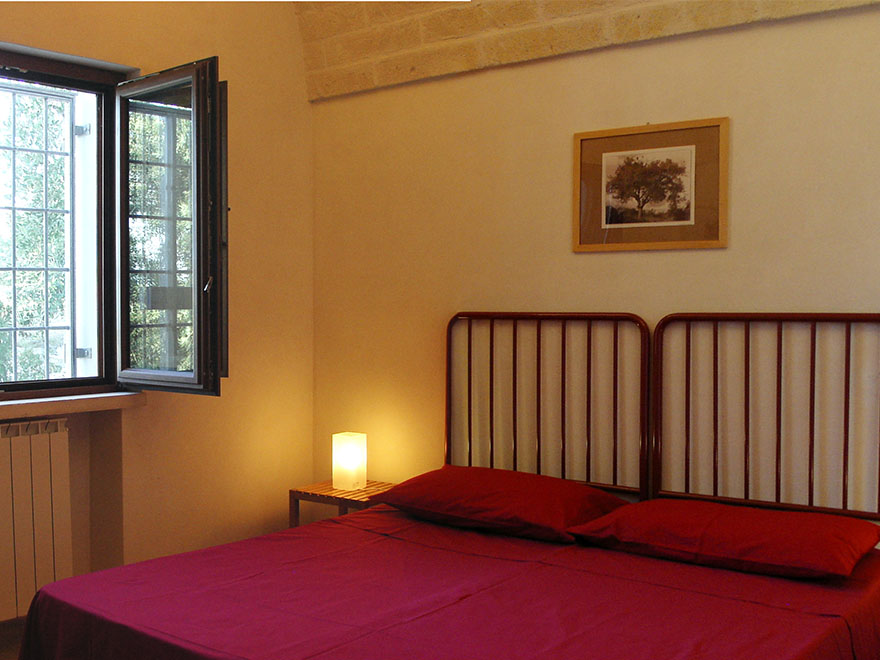 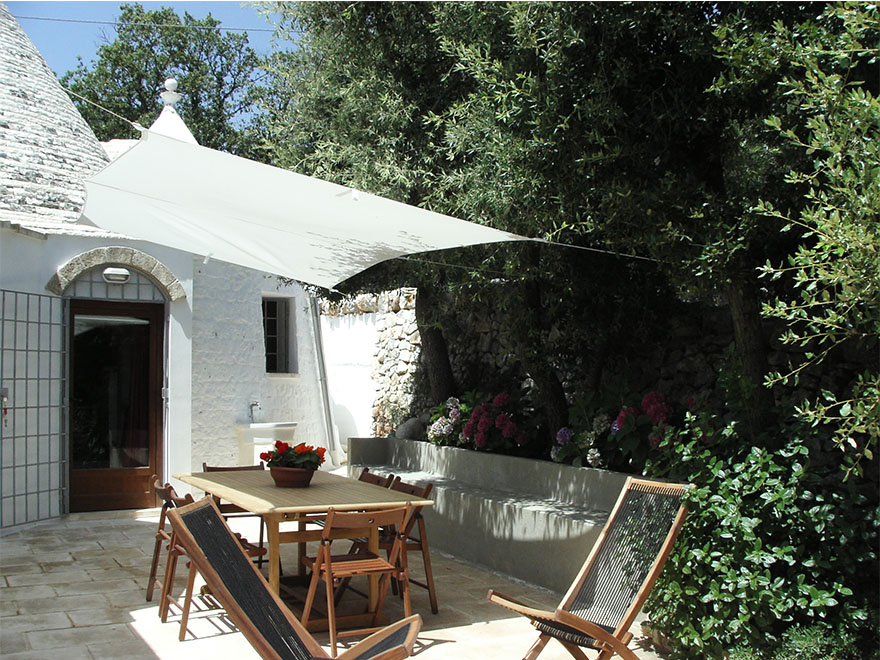 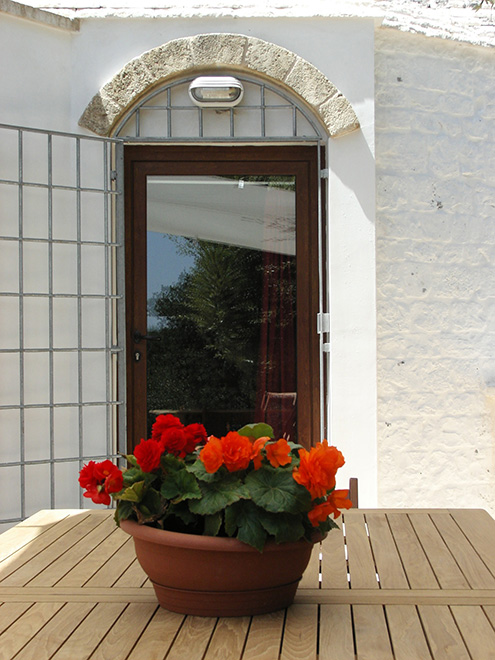 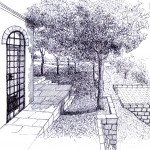 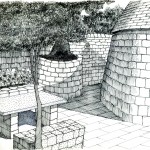 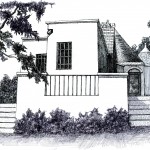 The ancient trullo was located on a field cultivated with olive trees, which had been abandoned for several decades as the previous owner had emigrated abroad. When we arrived we found the trullo in a state of disrepair, so that the trees and plants typical of the Mediterranean flora had covered almost completely the trullo. In the official papers the structure was not present because the aerial photogrammetric picture didn’t distinguished it through the vegetation. The location is characterized by the proximity of two woods of oak trees just 80 meters away from each other. Among the first works carried out, we excavated a cistern for collecting rainwater and we opened the internal pathway for accessing the trullo; for these interventions, a portion of the ground in coincidence of a pre-existing escarpment has been filled in order to obtain a gradual slope in the path.

The restructuring phase consisted mainly if taking out and replace all the “chiancarelle” (flat stones that make up the outer part of the “cone”, the name given to the coverage of the trullo), which were misplaced and not aligned, letting the rain penetrating inside. The following phase of the enlargement of the structure was conducted according to the traditional types of that rural area with the use – in the internal area – of the barrel vaults and the segmental arches, while outside of the so-called “cummersa” cover (vernacular name derives from the Latin “cum summit”). In the connection zone between the existing part and the new one, a large space destined to the services has been obtained.

This intervention resulted to be quite complicated because of the difficulty in designing the new structure in the narrow space deriving from the boundary with another property on one side and the adjacent slope and the other (see project). Thanks to the thickness of the perimeter walls of the trullo (Mt. 1.50) we created tailored cases aimed at hosting various furniture, saving crucial surface areas and optimizing the whole internal space.